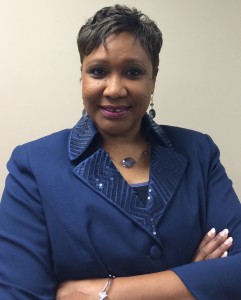 Pastor Terry Logan is the Co-Pastor of Fresh Wind Outreach Ministries and is an anointed preacher and teacher of the Word. She was born on the island of St. Croix, in the U.S. Virgin Islands, and after graduating from high school, relocated to Virginia. Pastor Terry was raised in the Catholic Church, but it was not until August of 1996 that she had a true conversion experience and gave her life to Jesus Christ.

Pastor Terry has a strong burden for today's youth and desires to see them living out their God-ordained destiny. By direction of God, she and her husband founded Community In Unity, Inc., a non-profit outreach ministry dedicated to providing life-changing programs that make a difference in the lives of youth and their families. To this end, they have hosted several revivals and basketball camps in the Northern Virginia area and the U.S. Virgin Islands.

In October of 1997, Pastor Terry joined the Mount Olive Baptist Church in Arlington, VA,  and was very active as a youth leader, praise team member, new members teacher, intercessor, and co-editor of the ministry newsletter. In April of 2002, Pastor Terry and her family joined New Life Anointed Ministries, International, of Woodbridge, Virginia, under the leadership and tutelage of Bishop Eugene Reeves, where she held several positions within the Youth Ministry.

In obedience to the Holy Spirit, Bishop Eugene Logan launched out on January 1, 2014, and the vision of Fresh Wind Outreach Ministries was birthed.  In addition to pastoring alongside her husband, Pastor Terry is also the Director of the Women's Ministry, Women of Destiny, and has a passion for ministering to girls and women who are broken and dealing with low self-esteem issues and other insecurities.

Family is very important to Pastor Terry and she counts it a blessing and privilege to pour into the lives of her son, daughter-in-law, and four beautiful grandchildren. Of all that has been said, the most important thing that Pastor Terry would like you to know is that she loves the Lord with all her heart and has committed her life to doing His will!